Unfortunately, motorcycle riders continue to be more often killed in accidents than other motor vehicle operators.  According to the National Highway Transportation Safety Administration (NHTSA), motorcyclists continue to be overrepresented in fatal traffic accidents.  Not surprisingly, because of their lack of metal surrounding them, motorcyclists are about 29 times more likely than passenger vehicle occupants to die in a motor vehicle accident.  (Id.)  A fatal collision over the weekend in Orange County demonstrates the point that riders are at particular risk, and their right to compensation for their injuries and damages is something that shouldn’t be forgotten.

On Saturday evening, a motorcycle rider was killed in Garden Grove when a van reportedly turned left in front of the rider traveling straight at an intersection.  According to news reports, the accident happened at the intersection of Haster Street and Lampson Avenue at about 6:30 p.m.  From just a brief review of the intersection on Google Maps, there does not appear to be anything about it that would have contributed to happening of the accident.  It is relatively flat and without any obvious visibility issues.  Sometimes when there is a rise or curve in the roadway just before or right at an intersection, the visibility of motorcycle riders is compromised.

Given the timing of the accident, more than an hour before sunset, it also seems unlikely that lighting played any role in the accident.  At night, judging the speed of an oncoming vehicle can be difficult when all that can be seen is a headlight or even headlights.  The fault for the accident, according to information from the Garden Grove Police Department, rests with the van driver for making an unsafe turn in front of the motorcyclist.  Under California law, the driver of a left-turning vehicle, “shall yield the right-of-way to all vehicles approaching from the opposite direction which are close enough to constitute a hazard at any time during the turning movement..”  (California Vehicle Code Section 21801(a)).  The police are still investigating whether alcohol or drugs played any role.

What this Orange County accident demonstrates once again is that visibility and attentiveness often lead to these collisions.  Drivers are not often  observant enough when it comes to scanning the roadway for motorcycles, and perhaps riders should do more to make themselves visible.  According to NHTSA, the majority of multi-vehicle motorcycle crashes generally are caused when other drivers simply didn’t see the motorcyclist.  That fact, however, does not excuse the vehicle driver from responsibility.

How to Protect Yourself as a Rider

As a motorcycle rider, there are a number of things you can do make sure you are as safe on the roadway as you can be.  Riding with an approved helmet, covering your body with heavy denim or leather and wearing brightly colored clothing are just a few of the things you can do as a rider to ensure maximum safety.  In addition, it is always a good idea to make sure the bike you’re riding is one with which you are familiar. If you are going to be riding a new or unfamiliar bike, you should take the time to practice on the motorcycle in a safe setting where you are free from other vehicle traffic.

Perhaps one of the most important things to remember as a rider is that you should always ride defensively.  Never assume a driver can or will see you when entering an intersection or any place where there is cross or opposing traffic.  Slowing you speed and riding tall can help other drivers see you coming.  For your own safety, you want drivers in cars and trucks to have as much opportunity to see you in the roadway.

If You Need a Motorcycle Attorney

After a collision in which the other party was at fault, it is nearly always a good idea to consult with a personal injury attorney to see if you are entitled to compensation for the injuries and damages sustained.  Nothing can undo the harm already done, but holding negligent drivers responsible can go a long way to getting your life back on track.  Mr. Ralph has more than 30 years of experience handling personal injury and motorcycle accident cases.  His office is centrally located in Orange County to make access for his clients’ convenient.  All personal injury consultations are free, and there is no fee charged unless you recover compensation for your losses. 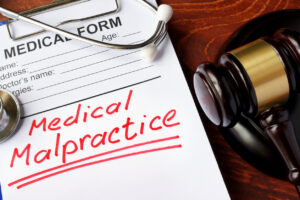